According to ISO and ASTM1 regulations on particulate characterization of coated drug-eluting vascular stent systems, the capture and analysis of particulates shed by intravascular devices may be performed in two ways:

a. Particles released may be captured in a receptacle and subsequently sampled for count/size using light obscuration or filtration/microscopy, or

b. Particles released may be acquired and continuously counted in an apparatus designed to direct flow exiting from the stent/tube assembly directly into a particle counter (Fig. 1).

In method (a) above, particles shed by one or more stents may be cumulatively captured in a beaker. The solution from the beaker is then taken for counting/sizing. Consequently, if more than one stent is shedding particles, the user would be unable to identify which stent was shedding the particulates in question.

Another significant disadvantage with this method is that particles in the beaker adhere to the sides of the beaker. This requires repeated washing of the beaker increasing testing time substantially. Also, when the fluid in the beaker is sampled and the particles counted/sized, the results obtained can be inaccurate, due to settling of larger particles.

In method (b) above, particles released by each individual stent are captured and counted/sized individually. Thus, method (b) has a significant advantage over method (a), in that the user is able to identify the stent which is shedding the particulates, thus identifying a stent of interest from within a group of stents.

Furthermore, while a beaker sample represents a cumulative quantification of particles shed after the test has concluded, method (b) provides a time course of particle shedding by each individual stent while the test is in progress, without the losses seen in method (a). Thus method (b), patented by Dynatek, is a more accurate approach to characterizing the particulate shedding behavior of stents and is completed in a shorter period of time.

Finally it is common knowledge that the beaker method presents a difficult challenge to comply with USP 788 and other standards when validating required particulate recovery with standardized particle injections. 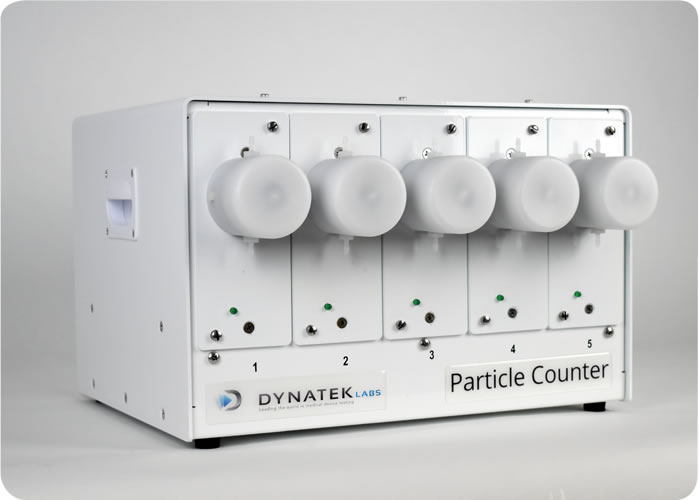 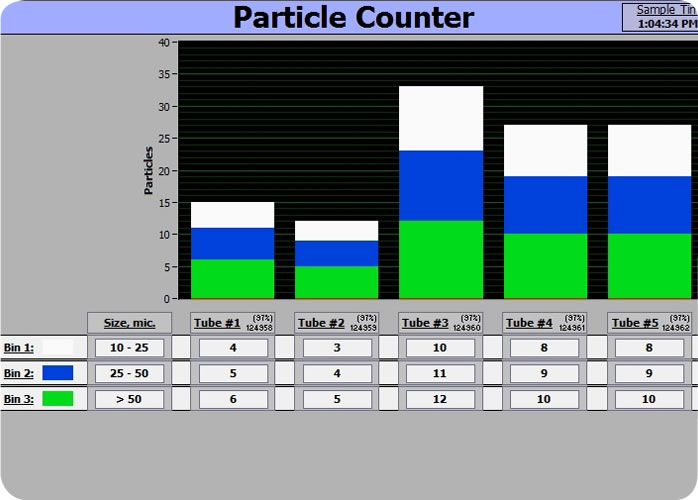 The CDT-5 and CDT-20 Coating Durability Testers from Dynatek represent the most rigorous approach to tracking the particulate shedding behavior of coated, uncoated, and absorbable stents undergoing durability testing. With the CDT, Dynatek’s particle counters give a clear and near real-time understanding of the particle shedding of each mounted stent, and more importantly, gives you a complete history of particle shedding from each stent throughout the course of the entire experiment. In addition, these particle counters are also optimum for for acute testing of stents, delivery systems and balloon catheters. For a detailed explanation of the use of Dynatek’s particle counter, see Reference 2.

While commercially available units can count particles, the counter must not only count/size particles, but must do so consistently in fluids routinely used to test intravascular stents. Dynatek’s particle counter features proprietary modifications to chamber materials, electronic components, and data acquisition techniques that allow Dynatek’s particle counters to work over a pH range of 5-10 and temperatures up to 50°C.

Dynatek’s patented CDT-5 and CDT-20 Coating Durability Testers (CDT) include particle counters as standard components. The CDT-5 can mount up to five samples and the CDT-20 up to 20 samples. Particle-laden fluid from the samples flow into the particle counters during testing, allowing the near real-time tracking of particulate shedding by each individual coated stent. Both CDTs can display particle counts and sizes about 60 seconds after they are shed by the sample (Fig 2). In addition, the counts can be totaled, displayed and stored for time periods as short as one minute or as long as the user chooses. Dynatek uses particle counters that feature proprietary hardware and software to count and size particles shed by stents. Particles are sized in a range of 5 – 1,000 microns based on the use of appropriate standards, with a maximum particle concentration of 15,000 p/ml at 10 microns. Particle counts are digitally collected into ‘bins’ based upon size and the particle counter can display from 2 to 6 bins (Fig. 2). 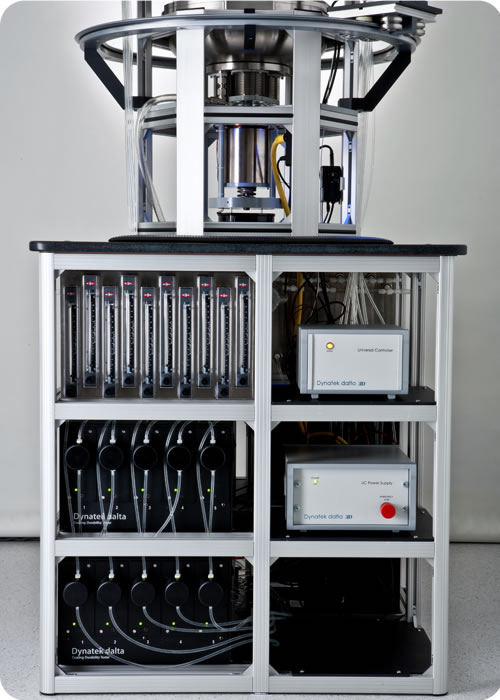 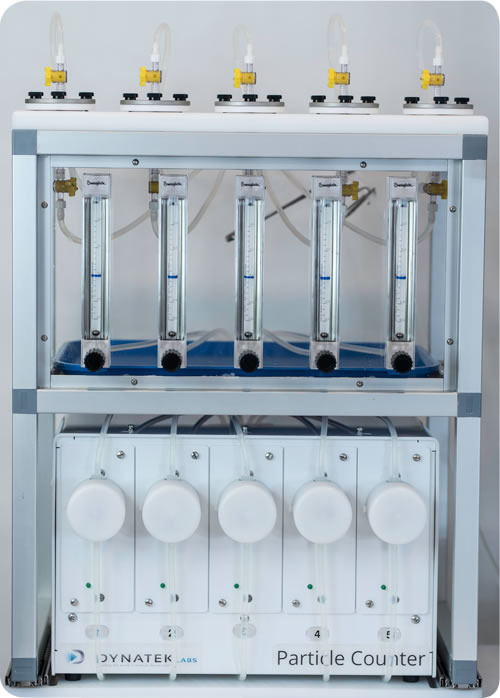